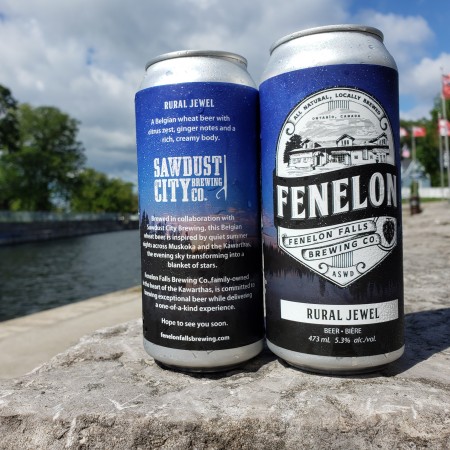 FENELON FALLS, ON – Fenelon Falls Brewing and Sawdust City Brewing have announced the release of a new collaboration that “celebrates all that Muskoka and the Kawarthas have to offer.”

Rural Jewel will be officially launched tomorrow (August 22nd) and will be available at the Fenelon Falls Brewing taproom, retail store, and online shop.