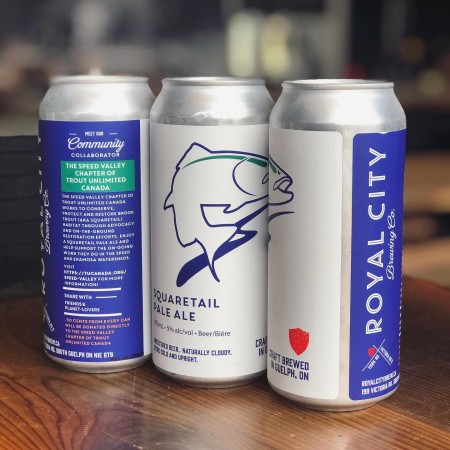 Squaretail Pale Ale (5% abv) is a “dry-hopped American-style pale ale with refreshing hints of citrus and pine with a light hop presence and a lingering bitterness” that has been released in collaboration the Speed Valley Chapter of Trout Unlimited Canada, a group that “works to conserve, protect and restore Brook Trout (aka Squaretail) habitats through advocacy and on-the-ground restoration efforts.”

Squaretail Pale Ale is available now in the Royal City retail store and online shop, with 50 cents from each can sold going to Trout Unlimited Canada.