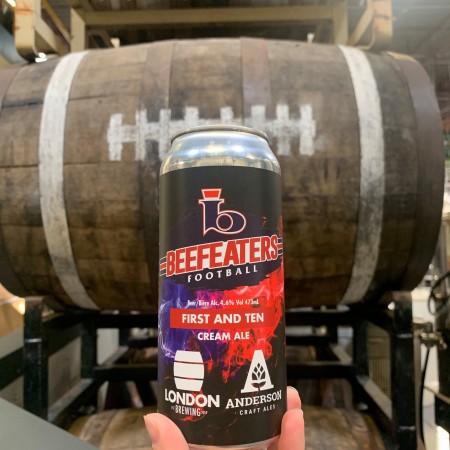 LONDON, ON – London Brewing and Anderson Craft Ales have announced the release of their second collaboration beer of the summer, this one paying tribute to the London Beefeaters, the local Canadian Junior Football League team that has had its season cancelled due to COVID-19.

First & Ten Cream Ale (4.6% abv) is described simply as a “crushable cream ale”, and celebrates the fact that the team has been serving beer for the last 20 years at the Sunfest jazz and world music festival, another event that has fallen victim to the pandemic this year.