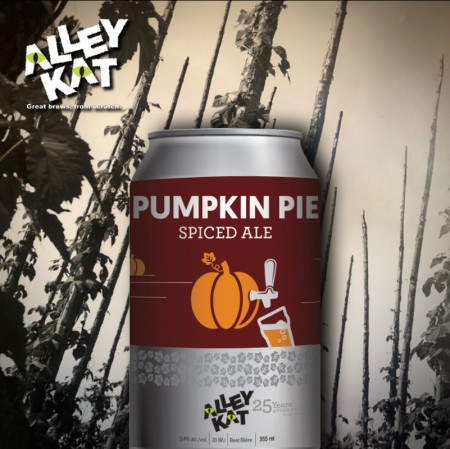 The leaves are changing colour, the sun is setting earlier, and there’s a crispness to the air that tells you it’s that time of year again. Some might call it autumn, but we call it Pumpkin Pie Spiced Ale season! This spiced ale has notes of cinnamon and ginger on a delicious bed of pumpkin. One sip will transport you straight back to grandma’s kitchen!

This year’s edition of Pumpkin Pie Spiced Ale will be released on Thursday August 27th, and will be available at the Alley Kat brewery store and select liquor stores in Alberta while supplies last.