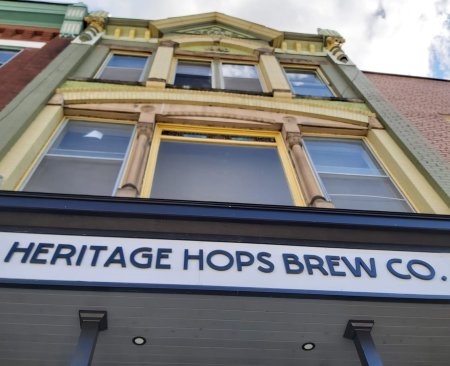 STRATFORD, ON – Ontario’s newest brewery and taproom has opened its doors in downtown Stratford, although the location, staff, and many of its beers will already be familiar to area drinkers.

Heritage Hops Brew Co. has been opened in the historic Herald Building, a spot that was home to Herald Haus Brewing from late 2018 until its closure earlier this year.

While the new owners have no direct connection to the previous company, they have brought back many of the Herald Haus staff members, including head brewer Jon Zippel, and have also retained several Herald Haus brands including 21 Haze IPA, Perth County Conspiracy Pale Ale, and Abandoned at the Altar Raspberry Sour.

Heritage Hops Brew Co. is located at 21 Marketplace in Stratford. For more details, see the brewery’s website and Facebook page.