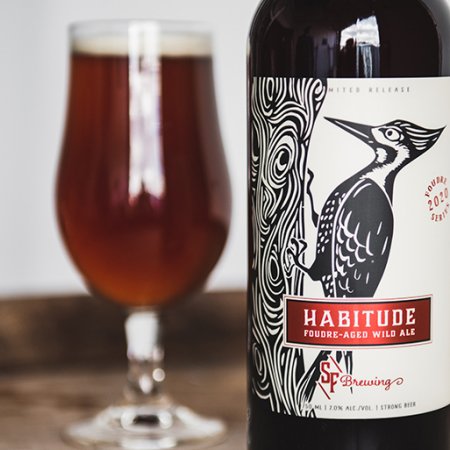 VANCOUVER, BC – Strange Fellows Brewing has announced the latest in its 2020 Foudre Series of limited edition aged beers.

The second release in a series of 3 sour beers from our oak Foudre, Habitude is a richly flavourful and balanced tart beer aged over a year in our 6000L oak foudre and subsequently 6 months in French oak wine barrels. Despite the absence of any berry or fruit it has a subtle cherry like flavour and rich fruitiness. Softly sweet up front it evaporates on the palate with a delicate alcoholic heat that yields to a tart finish.

Source & Photo: Beer Me BC