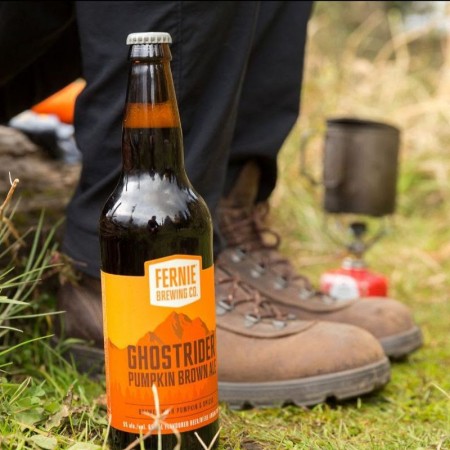 FERNIE, BC – Fernie Brewing has announced the release of the first of several seasonal brands that will be hitting shelves in coming weeks.

Ghostrider Pumpkin Brown Ale (5% abv) is a returning favourite that is named after a local legend, and is described as follows:

This brew stems from our First Trax Brown Ale, while pumpkins, cinnamon, clove, nutmeg and allspice are added to the mix to bring you the perfect sip of Fall. Unfiltered to keep the real pumpkin taste alive.

Ghostrider is available now at the brewery taproom and retail store, and soon at select beer retailers in British Columbia and Alberta. Details on two other autumn seasonals – Vortex Dry-Hopped Sour and Java The Hut Coffee Milk Stout – will be posted here next week.