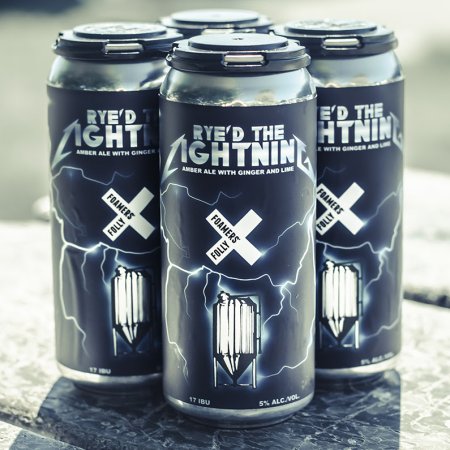 PITT MEADOWS, BC – Foamers’ Folly Brewing has announced the release of its latest limited edition beer.

Rye’d the Lightning (5% abv) is an amber ale with rye, ginger, and lime. It’s briefly described as follows:

A flash before my tastebuds. Aromas of spicy ginger with flavours of peppery rye, tangy lemon & lime zest, and a light bready finish.

Rye’d the Lightning is available now in the Foamers’ Folly retail store and online shop, and at select beer retailers in British Columbia.