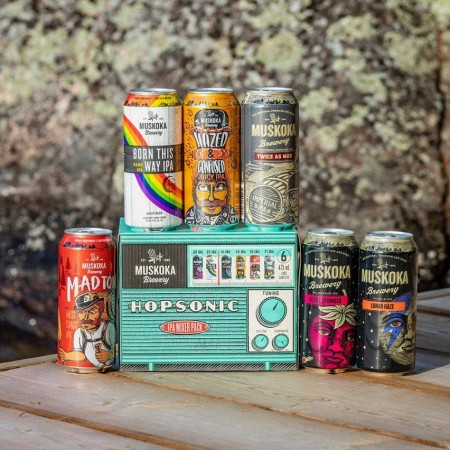 BRACEBRIDGE, ON – Muskoka Brewery has announced the release of a new edition of a sampler pack that was originally available last autumn.

Hopsonic is available now at the Muskoka Brewery retail store and online shop, as well as select LCBO outlets in Ontario.