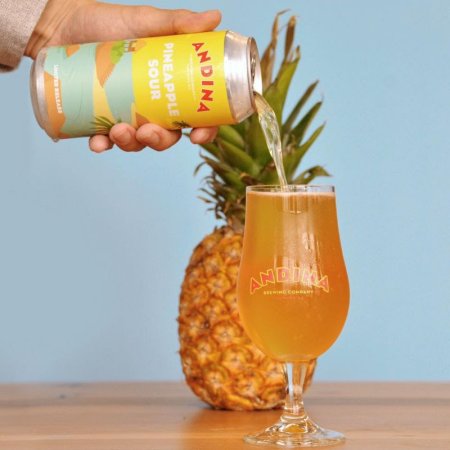 VANCOUVER, BC – Andina Brewing has announced the release of its latest sour fruited ale.

Loaded with pineapple goodness, a medium sour level and a refreshing taste, this beer goes down easy on a hot summer day. For this kettle sour, we have used a traditional Berliner Weisse grain bill and fermented with a clean yeast strain letting the fruit take centre stage.

Penacho Pineapple Sour is available now at the Andina taproom and retail store while supplies last.