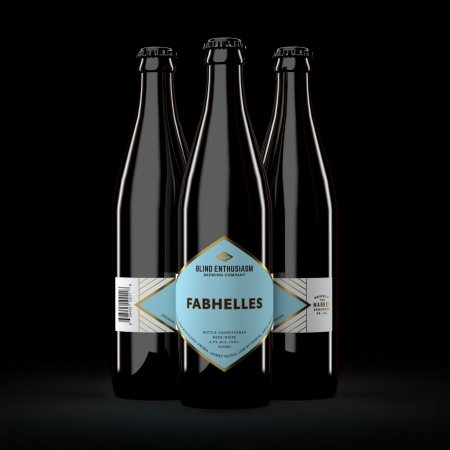 EDMONTON, AB – Blind Enthusiasm Brewing has announced the release of the latest in a series of bottle conditioned lagers.

Fabhelles (4.5% abv) is one of the brewery’s signature beers in its original form, and is described as follows:

A clean lager with a bright gold colour and a heavy floral aroma of honeysuckle. The low bitterness lends itself to a honey like flavour with a crisp finish.

The bottle-conditioned version of Fabhelles, in which the brewers “add a small amount of sugar and yeast to the finished beer to create natural carbonation in the bottle,” is available now at at Blind Enthusiasm’s Ritchie Market location and online shop.