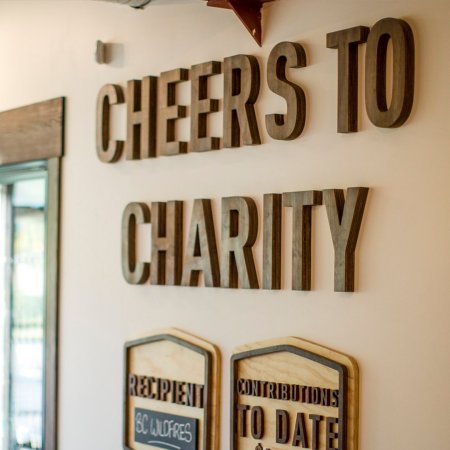 FERNIE, BC – Fernie Brewing has announced that its long-running Cheers to Charity program, which was put on hold earlier this year due to COVID-19, has returned in a slightly different form but with the same mandate to raise funds for worthy causes.

Since launching in December 2013, the program has raised more than $150,000 for local charities, groups, and clubs via the sale of tasting flights in the brewery taproom, with proceeds going to a different recipient each month.

While COVID-19 precautions mean that flights are currently grounded in the taproom, the program has shifted to a “feature tap” format, where one of the 12 beers on draught will be labelled as the current Cheers to Charity beer, and proceeds from its sales will be donated to that month’s recipient.

For the month of September, donations will go toward the East Kootenay Foundation for Health, which is raising money for a new ultrasound service at the Elk Valley Hospital.

For more details, see the Cheers to Charity page on the Fernie Brewing website.