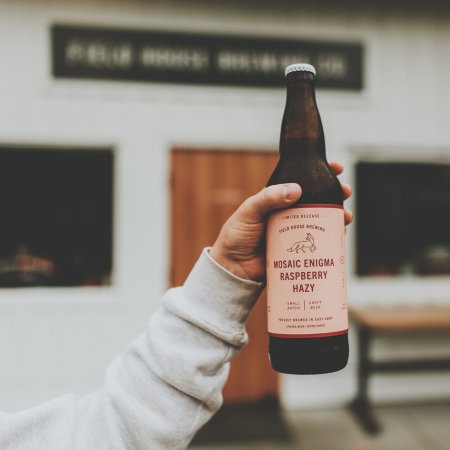 ABBOTSFORD, BC – Field House Brewing has announced the release of a new limited edition beer.

An ambitious pairing of hops and fruit, this Double IPA features Enigma and Mosaic hops known for their complex fruit character including notes of red berries. We added lactose and raspberries, complementing the sweet berry notes of these hops.

Mosaic Enigma Raspberry Hazy is available now at the Field House taproom, retail store, and online shop, and is being distributed to local private liquor stores this week.