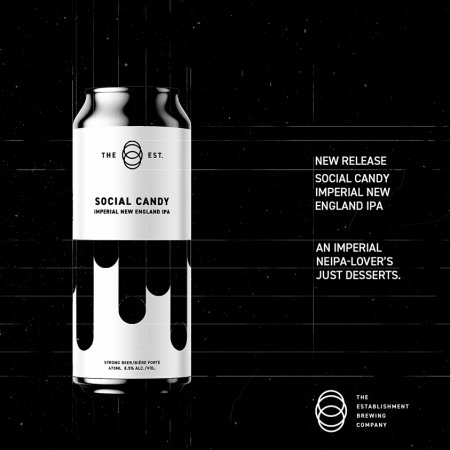 CALGARY, AB – The Establishment Brewing Company has announced the release of its latest limited edition beer.

Like our other Imperial NEIPAs that came before it, it‘ll have you looking through a near-opaque protein polyphenol hop haze and is an optimal upper. Either way, just stop all your thinking, it’s no good for your soul. This, however is. It’s basically double dry-hopped soup for the soul. The balance between the pleasant hop bitterness and a sweetness far more subtle than its name teeters perfectly before toppling you over.

Social Candy is available now in 473 ml cans at the Establishment retail shop and online store while supplies last.