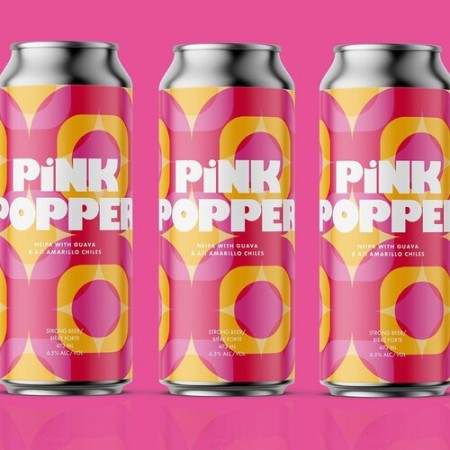 CALGARY, AB – Cabin Brewing has announced return of a beer that was a big hit in its original release last summer.

We’ve built a luscious, full-bodied New England IPA and spiked it with an unreal amount of guava to take you on a trip to the tropics. The gentle fruity spice of Peruvian aji amarillo chiles provides just a hint of heat to balance out the fruity richness of the beer. It provides a tingle in the back of your throat that wakes the senses and makes you want juuust a little more. Once you pop, you won’t be able to stop!

Pink Popper will be released on Sunday September 6th at Cabin as part of the brewery’s first Hazy Sundays session. For more details, see the Facebook event listing.