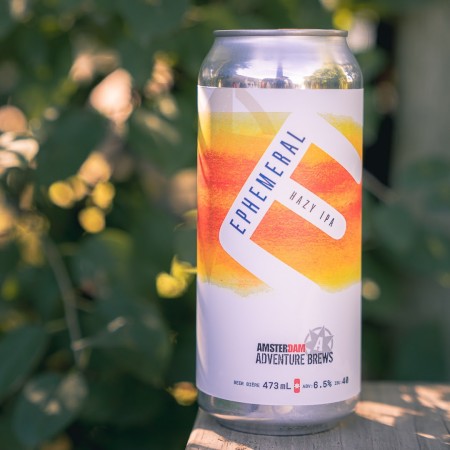 TORONTO, ON – Amsterdam Brewery has announced the release of the latest edition of a beer that is “designed to highlight the aromas and flavours from experimental hop varieties and different hop combinations.”

Ephemeral Hazy IPA (6.5% abv) is back in time for the Labour Day weekend, with this batch featuring a combination of Simcoe, Chinook, and Amarillo hops.

Ephemeral is available now at both Amsterdam retail shops, and via the brewery’s online store.