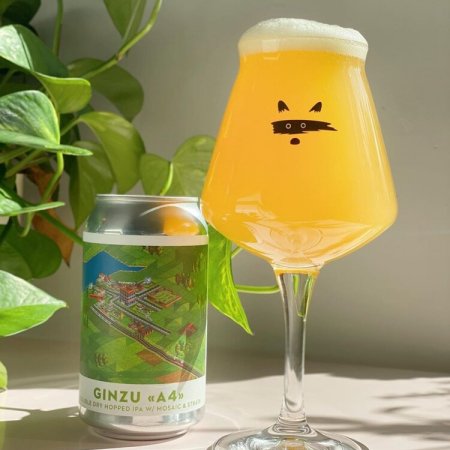 TORONTO, ON – Bandit Brewery has announced the release of the latest in a series of video game inspired double dry-hopped IPAs.

This new IPA, unlike its counterparts Doralice and Maksim, was heavily dry-hopped with Strata, Mosaic, and Cryo Mosaic. You can expect heavy dank aromas, sweetened by strong notes of blueberries. Ginzu “A4” pours a light hazy straw colour and has a clean, smooth finish.

Ginzu “A4” is available now in 355 ml cans at the Bandit Brewery retail store and online shop.