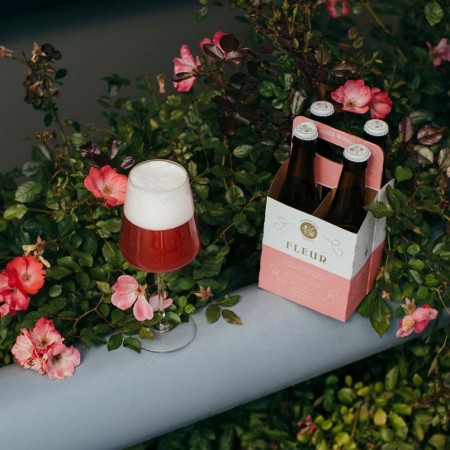 DELTA, BC – Four Winds Brewing has announced the return of one of its earliest beers under a new name.

Fleur Saison (5.5% abv) was previously known as Wildflower, and is described as follows:

Reflecting the variety of wildflowers, Fleur infuses a Belgian Farmhouse Ale with chamomile, elderflower, and hibiscus for a balanced ale with a stunning rosy hue. Fleur is the third beer released in the Farmhouse Series which explores the world of foeder-fermented, barrel-aged, and mixed-culture Farmhouse Ales. Adventurous yet approachable, these refined ales are perfect for food pairing and can be enjoyed fresh or cellared for enhanced capabilities.

Fleur Saison is available now at the Four Winds retail store and online shop, and will ship next week to select beer retailers in British Columbia.