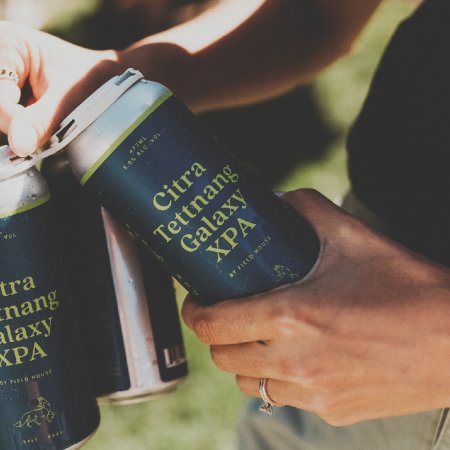 ABBOTSFORD, BC – Field House Brewing has announced the release of a new beer that is “clean, crisp, [and] hoppy.”

A clean crisp pale ale, fermented cool and dry, featuring pilsner malt, a touch of honey malt and Tettnang hops as the base. We finished with Citra and Galaxy hops lending their citrus and tropical fruit complexity to this extremely easy drinking beer.

Citra Tettnang Galaxy XPA is available now at the Field House taproom, retail store, and online shop, and will be distributed to local private liquor stores next week.