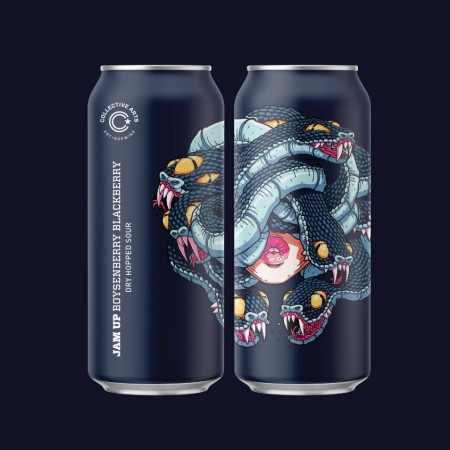 HAMILTON, ON – Collective Arts Brewing has announced the release of the latest in a series of fruit-flavoured variants on its flagship Jam Up The Mash dry-hopped sour.

Jam Up Boysenberry & Blackberry (5.2% abv) is described as follows:

The juicy intensity of blackberry and sweet tangy boysenberry pair perfectly with the classic Jam Up hop blend of Vic Secret, Mosaic, and Citra, resulting in a juicy, sour, and extremely refreshing brew!

Jam Up Boysenberry & Blackberry is available now in the Collective Arts retail shop and online store.