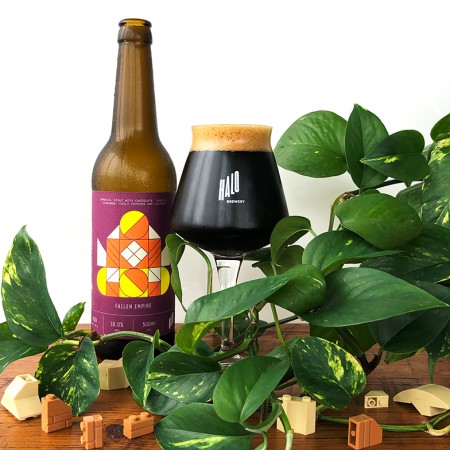 TORONTO, ON – Halo Brewery has announced the release of a new beer to celebrate “stout season”.

Making a unique imperial stout has been a long-time goal for us. We’re really excited to release Fallen Empire: a gargantuan, chewy, intense, mole/Mayan-style imperial stout. This confluence of cocoa, vanilla, cinnamon, and four kinds of chili peppers presents as Mayan chocolate in beer form. With a nose of subtle cinnamon, flavours of chocolate and vanilla, and a rich dessert-like mouthfeel, Fallen Empire ends with a fiery flourish of spicy chilis that quickly fades into the depths of history.