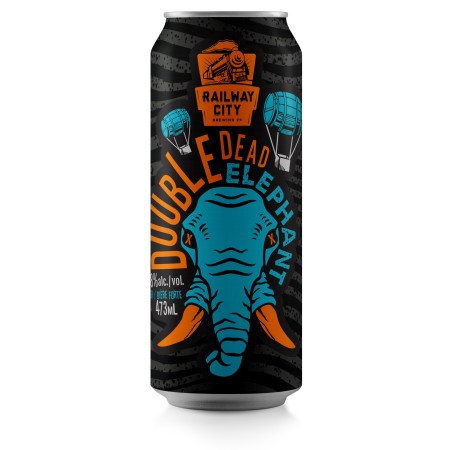 ST. THOMAS, ON – Railway City Brewing has announced the return of an annual autumn variation on one of the brewery’s flagship beers.

Double Dead Elephant Ale (8% abv) is an amped-up version of Dead Elephant Ale, brewed to higher alcohol and IBU levels, and described as featuring “tastes of resinous hops and candied peaches with a grapefruit finish.”

As always, this year’s batch of Double Dead Elephant is being released on September 15th to mark the anniversary of the death of Jumbo, the famous circus elephant who was killed by a train after a show in St. Thomas in 1885, the incident that inspired the name of the both beers.

A release party for the beer will take place at the brewery tomorrow (Tuesday September 15th) from 5:00 to 9:00 PM, with food by The Smokin’ Caboose Barbeque, and live music from Groove Station’s Rod and Reba Duo. COVID-19 social distancing protocols will be in effect, with reservations for tables of 2 to 6 people available by calling (519) 633-1881 ext. 3.