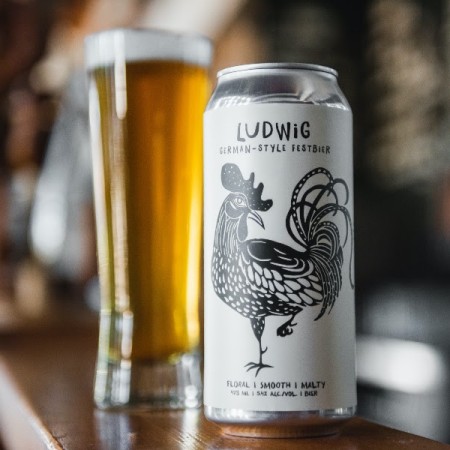 VANCOUVER, BC – Strange Fellows Brewing has announced the release of a new seasonal lager in collaboration with Juke Fried Chicken.

Festbier is a relatively modern German style which is now the main beer brewed for the Bavarian Oktoberfest celebrations in place of the darker and heavier Marzen style. In keeping with custom and quality we’ve brewed with German imported floor malted grains and continental Hallertau Tradition hops. The result is an exceptionally clean and smooth beer with an elegant malt character and floral hop finish.

Ludwig is available now at Strange Fellows and Juke, with partial proceeds to be donated to the Urban Native Youth Association.