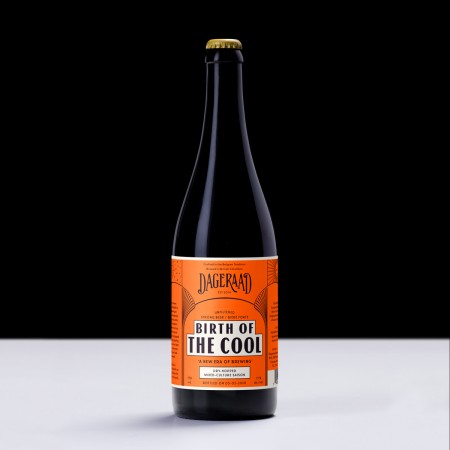 BURNABY, BC – Dageraad Brewing has announced the release of a new beer named after a classic Miles Davis record.

Birth of the Cool (7.7% abv) is a mixed-culture saison described as follows:

Birth of the Cool was brewed using some techniques we’ve been experimenting with lately. We brewed a minimally-hopped wort and let our yeast and bacteria go to town fermenting it. We then fairly heavily dry-hopped it, this time with locally-grown Sterling hops from the Sartori hop farm in Chilliwack. We then bottle conditioned the beer for a number of months before releasing it. The result is a complex, layered beer with brett funk and herbal hoppiness balancing out a rounded fruitiness, with a nice, tart finish.

In keeping with the spirit of its name, the beer features a label design inspired by the posters of Hot Club de Belgique, a jazz society that booked and presented concerts throughout Belgium – including several by Miles Davis – from 1939 to 1961.

Birth of the Cool is available now at the Dageraad retail store and online shop, and is being distributed this week to select private liquor stores.