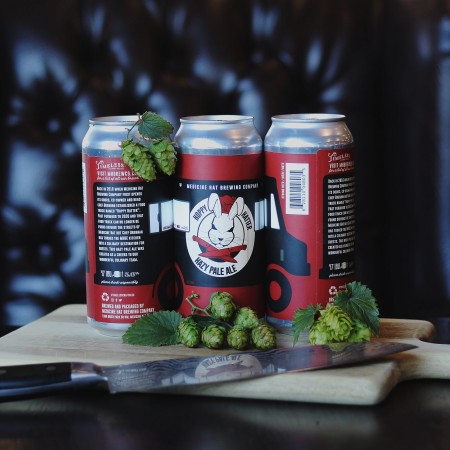 Back in 2016 when Medicine Hat Brewing Company first opened its doors, co-owner and head chef Brennan established a food truck named “Hoppy Hatter”. Fast forward to 2020 and that food truck can no longer be found driving the streets of Medicine Hat but Chef Brennan has turned the MHBC kitchen into a culinary destination for guests. This hazy pale ale was created as a cheers to our wonderful culinary team.