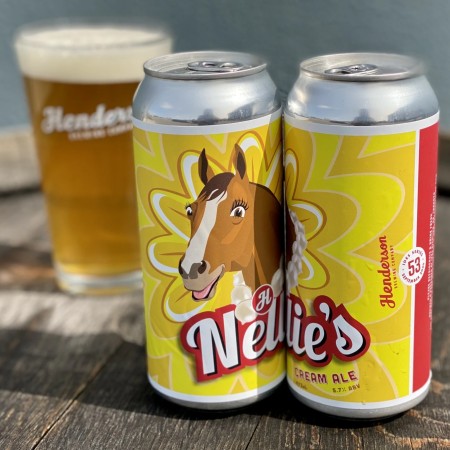 Nellie’s Cream Ale (5.7% abv) is described as “an easy drinking, smooth cream ale [with] ust enough character to be interesting while maintaining drinkability,” and its name has the following back story:

In the spirit of home delivery, we honour Nellie, Toronto’s last milk delivery horse with this month’s Ides. Into the mid-1970’s Nellie walked the same route, delivering fresh milk across the city. Her reward for her dedication? An onion and a bottle of beer each day at the end of her route. This tradition is alive and well at Henderson as most of our delivery drivers enjoy a beer at the end of day as well (the onion, not so much).

Nellie’s Cream Ale is available at the Henderson retail store and online shop while supplies last.