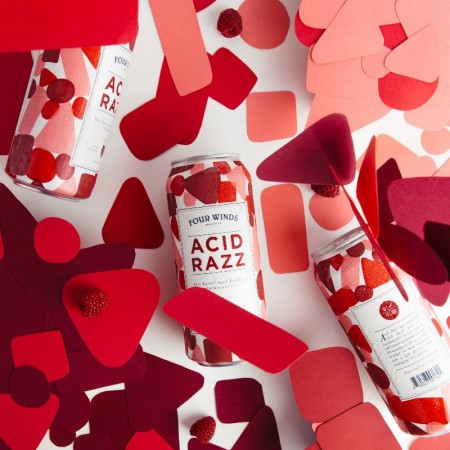 DELTA, BC – Four Winds Brewing has announced the release of a new barrel-aged beer with a big berry kick.

Acid Razz is a tart, barrel-aged raspberry farmhouse ale using raspberries both in the brewing and aging process. So while the aging process and yeasts used provide a tart element to this beer, you also get a big wallop of raspberries in every sip, making for a juicy treat. The perfect beer to top-off a crazy summer.

Acid Razz is available now at the Four Winds retail store and online shop, and will ship next week to select beer retailers in British Columbia.