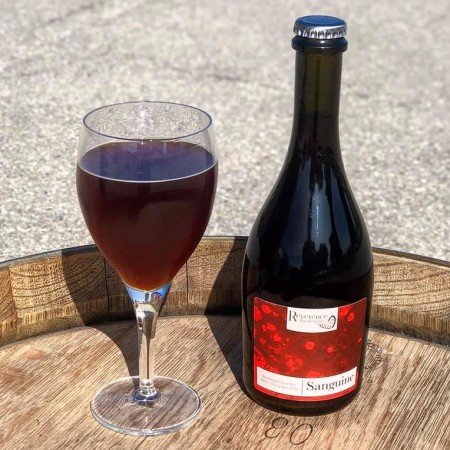 CAMBRIDGE, ON – Reverence Barrel Works has announced the release of its first sour red ale.

Sanguine (8.3% abv) is described as follows:

Sanguine is a blend of red wine barrel aged sour reds that were in barrel for 14-15 months before being bottle conditioned. Black cherry, plum and raisin followed by a gentle caramel and aged balsamic. Medium bodied with drying tannins and a moderate acidity.

Sanguine will be released in the Reverence taproom and retail store today (September 18th) at 12:00 noon, with remaining bottles going on sale via the brewery’s online store next Monday.