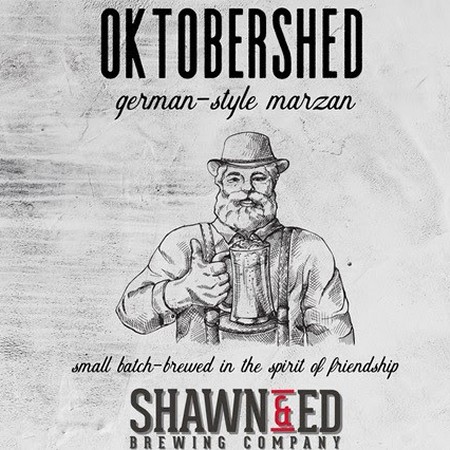 DUNDAS, ON – Shawn & Ed Brewing has announced the next release in its Anvil Small-Batch Series.

Smooth, hearty Oktoberfest beers have been made for centuries to welcome the change of seasons and a bountiful harvest. This year’s OktoberShed is smooth with rounded flavor displaying a beautiful malt character. This beer displays a distinctly nutty, toasted soft start followed by a slightly sweet finish. It utilizes German Munich & CaraMunich malts to provide the foundation for this beer, balanced by classic hops. The colour is a beautiful reddish amber and the finish is reminiscent of almonds.

OktoberShed will be available soon at the Shawn & Ed Brewing taproom.