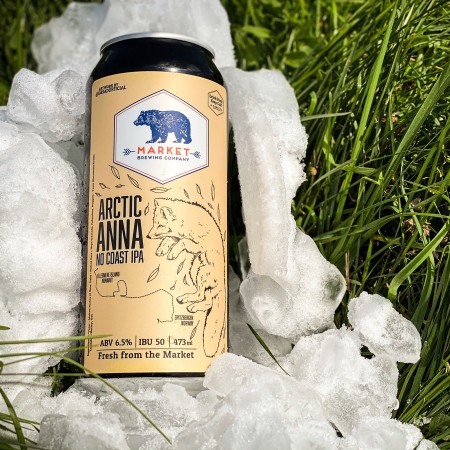 NEWMARKET, ON – Market Brewing has announced the release of its newest beer.

Arctic Anna No Coast IPA (6.5% abv) is described as follows:

Not quite a West Coast or East Coast IPA, this balanced “No Coast IPA” honours the journey of Anna, the arctic fox. She travelled over the ice from Norway to Nunavut. This balanced IPA features pine, hop resin, and citrus notes with strong grapefruit bitterness.