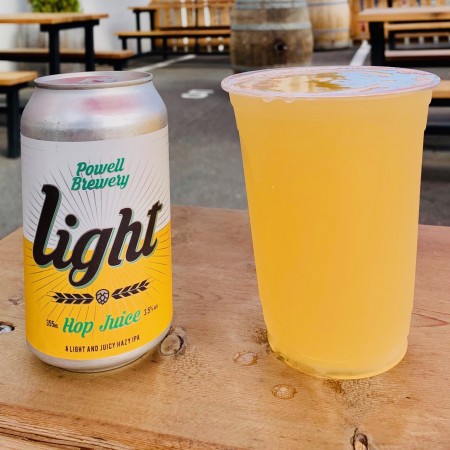 VANCOUVER, BC – Powell Brewery has announced the release of a new “light and juicy hazy IPA”.

A low alcohol Hazy IPA brewed with pilsner malt and heavily hopped with 100% Citra. The soft, round, and slightly sweet flavours of pilsner malt allow for the citrus, peach, and tropical fruit characters of Citra to really shine through.