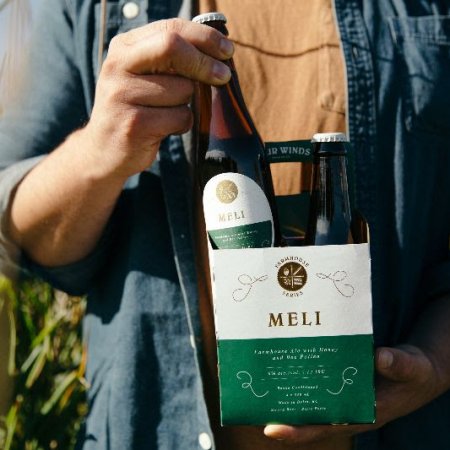 DELTA, BC – Four Winds Brewing has announced the return of a beer brewed using some unique local ingredients.

Meli (6% abv) is a farmhouse ale that was originally released in the summer of 2018, and is described as follows:

This open foeder-fermented Farmhouse Ale was brewed with B.C. honey and bee pollen. We used local hay during the lautering process, and then added fennel pollen when bottle conditioning. Floral notes are complemented by flavours of straw and rustic farmhouse yeast.

Meli is available now in 4-packs of 330 ml bottles at the Field House retail store and online shop, with distribution to select beer retailers in B.C. to follow next week.