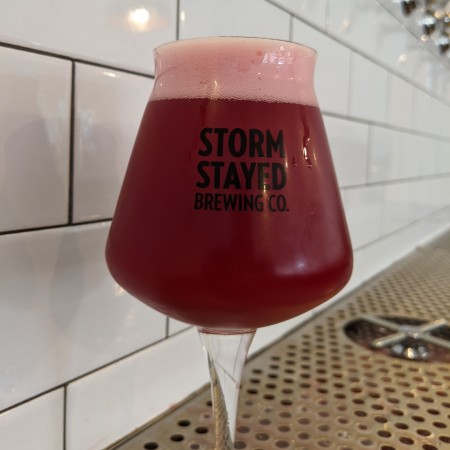 LONDON, ON – Craft beer bar chain Beertown have announced the release of its quarterly collaboration brew for autumn 2020, this one created together with Storm Stayed Brewing.

Inspired by Storm Stayed’s infamous Shook Series, Baie (French for “berry”) emulates the sweetness of the beers in that series without the lactose which is why we chose to call it a Sorbet Kettle Sour. Blueberry and raspberry are balanced with a slight lactic acidic bite and followed up with vanilla. The body is smooth and thick, supported by oats and spelt. With red berry flavors, it is expected to get jammier over time making it a great transitional sour for the fall.

Baie is officially launching today (September 24th) at Beertown London, and will be available at all Beertown locations including Cambridge, Waterloo, Burlington, and Oakville, plus at the Storm Stayed brewery taproom.