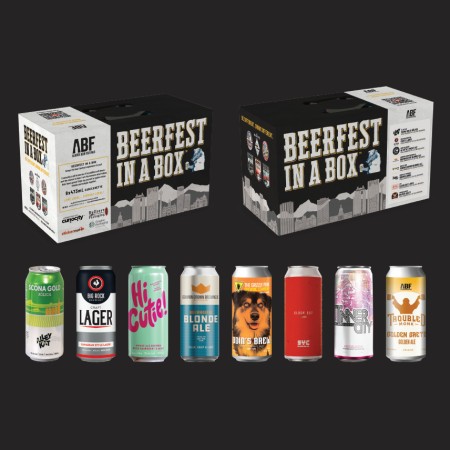 CALGARY, AB – Alberta Beer Festivals has announced the release of the first in a new series of mixed packs featuring beers from a variety of Alberta breweries.

The inaugural edition of Beerfest In A Box is focused on “crushable” styles, and features the following beers:

The package also includes a QR code that can be scanned to view a video of the brewers discussing their beers. As the release announcement describes it: “It isn’t quite a beer festival, but it’s as close as we can come right now, and a whole lot of fun if shared with a friend.”

Beerfest In A Box #1 is available now at select beer retailers throughout Alberta. Further editions are planned to follow, each of them “packed with similar styles – so you know you’ll be able to enjoy each and every beer inside.”

For more details, see the full announcement on the ABF website.