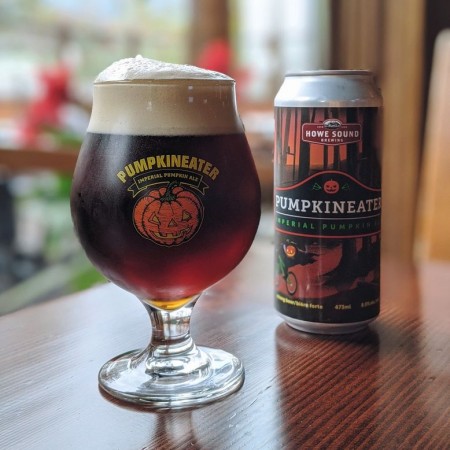 SQUAMISH, BC – Howe Sound Brewing has announced that this year’s edition of its fan-favourite autumn seasonal ale is now available.

Pumpkineater has been packaged in 473 ml cans for the first time this year, and is available now at BC Liquor stores, select private retailers in BC and Alberta, and the Howe Sound brewpub.