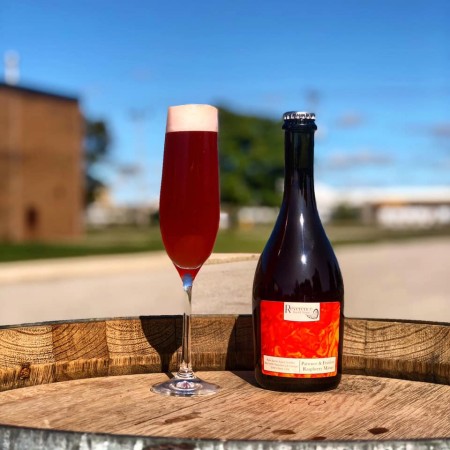 CAMBRIDGE, ON – Reverence Barrel Works has announced the release of its first first fruited golden sour.

A blend a rum barrel aged golden sours that were aged on 250g/L of raspberry and mango. Barrel character and funk take a back seat to allow fruit and assertive yet balanced acidity to dominate. Drinks like melted raspberry sorbet.

Patience & Fruition is available bow in the Reverence taproom and retail store now, with any remaining bottles going on sale via the brewery’s online store next Monday.