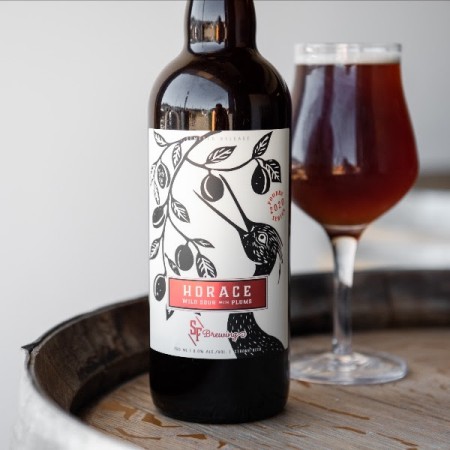 VANCOUVER, BC – Strange Fellows Brewing has announced the final release in its 2020 Foudre Series of limited edition aged beers.

Horace (8% abv) is a wild sour ale with plums, and is described as follows:

Brewed with Bradshaw Plums from Oyama in the Okanagan, Horace spent over a year in a 6000L French oak foudre. The result is a softly sour beer with a deep and dark fruit character.

Horace follows the previously released Hedgerow and Habitude, and is available now at the Strange Fellows retail store and via home delivery.