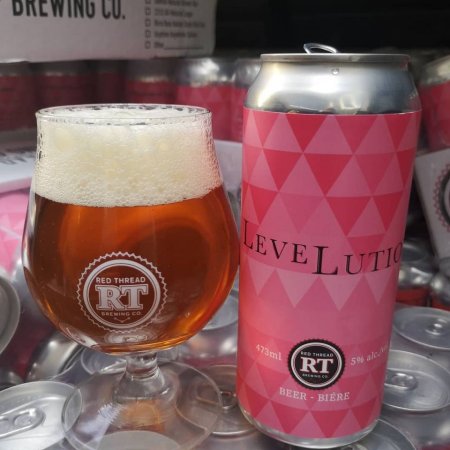 TORONTO, ON – Red Thread Brewing has announced the release of a new seasonal brand for autumn.

Levelution Märzen (5.6% abv) is described as having a “nice malt backbone, well balanced and not too hoppy or bitter.”

Levelution is available now via the Red Thread online shop. 25 cents from each can sold will be donated to the Canadian Cancer Society to help the fight against breast and prostate cancers.