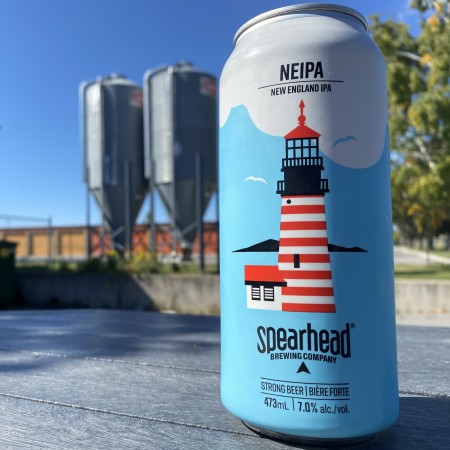 KINGSTON, ON – Spearhead Brewing has announced that a beer originally released as a brewery-only seasonal earlier this year is now back and available on a much wider scale.

In Spearhead’s interpretation of New England IPA, unique American Sabro hops bring new complexity to the palette, while Canadian wheat malt provides the classic New England IPA haze. The result is a beer that bursts with intense tropical fruit, notes of tangerine and stone fruit, undercut with a punch of pine resin and a mild bitterness. Altogether, this update on the bonafide classic pays tribute while charting new territory in flavour. As many of its fans say, “it’s smooth, juicy and just a little bitter.”

Spearhead New England IPA is available now at LCBO stores throughout Ontario, as well as in the brewery retail store and online shop, and via online beer retailer Craft Tapp for shipment across Canada.