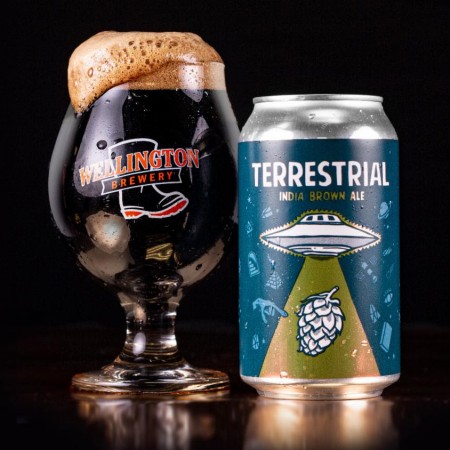 GUELPH, ON – Wellington Brewery has announced the return of a limited edition beer that has made several periodic and popular appearances since its original release in 2012.

Terrestrial India Brown Ale strikes a beautiful balance of roasted malts and aromatic hops by bringing together the rich malt complexity of an English-style brown ale with 5 varieties of hops: Chinook, Centennial, Cascade, Sorachi Ace, and Amarillo. Dark mahogany brown in colour with a robust malt body and balanced citrus bitterness, this award-winning brown ale is the perfect fall beer.