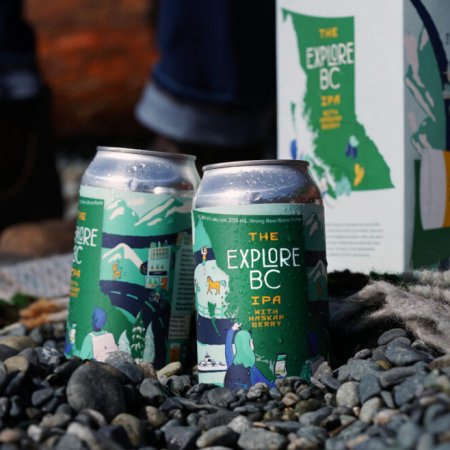 VICTORIA, BC – Craft beer tourism initiative the BC Ale Trail has announced that it is marking its 5th anniversary, as well as the 10th annual BC Craft Beer Month, with the release of a new beer in partnership with Destination BC.

Made using a variety of BC-grown and sourced ingredients – including malted barley from Gambrinus Malting in Armstrong, hops from Bredenhof Farms in Abbotsford, haskap berries grown in Lumby, and blackberries from the Fraser Valley – it’s described as “a classic West Coast IPA that pours a rich berry hue and exudes pine and citrus notes along with a touch of berry sweetness and acidity.”

⁠Explore BC IPA is available now at BC Liquor stores, private beer retailers, breweries, and bars & restaurants throughout BC. For more details, see the release announcement on the BC Ale Trail website.