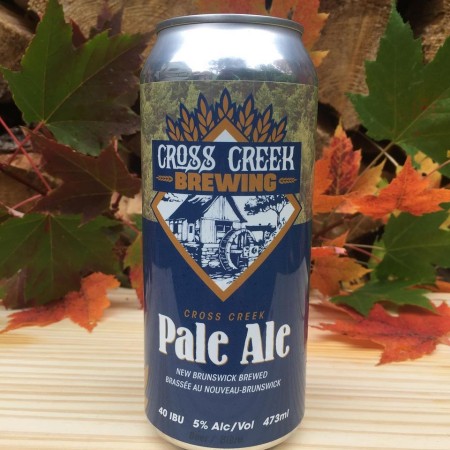 OAK MOUNTAIN, NB – After a year of selling its beer exclusively in kegs, Cross Creek Brewing has announced the release of its first packaged product for retail sales.

Cross Creek Pale Ale (5% abv) is the brewery’s flagship brand, and is described as “a citrus and piney hop flavoured ale with lots of character but very drinkable.”

Cross Creek Pale Ale will be available soon in 473 ml cans at select ANBL locations in New Brunswick, as well as several Agency Stores in the area of the brewery.