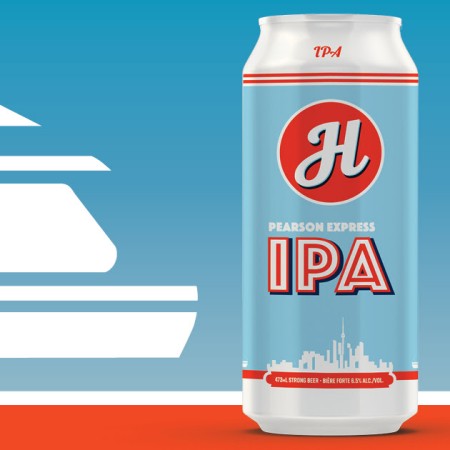 TORONTO, ON – Henderson Brewing has announced that one of its flagship brands will soon be available on a wider scale under a slightly different name.

Pearson Express IPA (6.5% abv) was originally known as Union Pearson Ale, but has been renamed for the sake of clarity:

5 years ago, when we were building the brewery, we marvelled at the trains rolling by. These trains, most of which were headed from Union Station to Pearson Airport, gave rise to our IPA which we named Union Pearson Ale, or UPA for short. Over the years, we’ve had many questions about what UPA stood for and, with the beer launching in the LCBO this fall, we thought the time was right to just spell it out. Introducing Pearson Express IPA, the same great beer you love in a less confusing package.

Person Express IPA will be on the shelves soon at select LCBO stores, and remains available at the Henderson retails store and online shop.