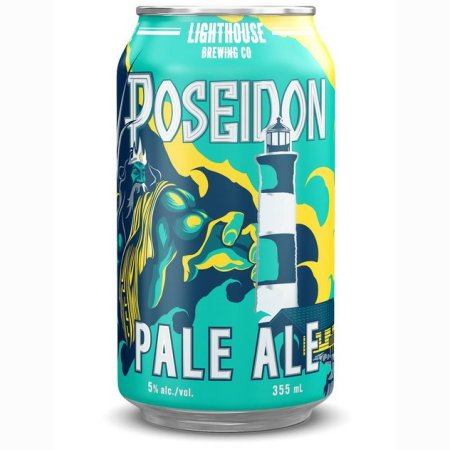 VICTORIA, BC – Lighthouse Brewing has announced the addition of a new beer to its line-up of year-round brands.

Poseidon is god of the land and sea in Greek mythology, and we do not take his name lightly. Strong notes of succulent peach and plums, Poseidon Pale Ale is a true West Coast Pale Ale. Top rated among our staff, this Craft Beer reminds us that a marriage of quality ingredients make the best beers.