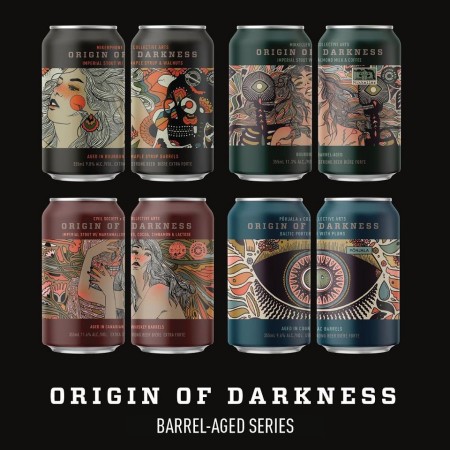 HAMILTON, ON – Collective Arts Brewing has announced the release of the 2020 editions in its Origin of Darkness series of barrel-aged stouts and porters.

For this year’s beers, Collective Arts once worked with four partner breweries, each of which added “unique terroir-inspired local flavour” to their collaborations. The resulting beers are as follows:

All four versions of Origin of Darkness 2020 are available starting today at the Collective Arts retail stores in Hamilton and Toronto, as well as the brewery’s online shop. They will also be in stock soon at select beer retailers in Alberta, British Columbia, and markets in the United States where Collective Arts beers are distributed.