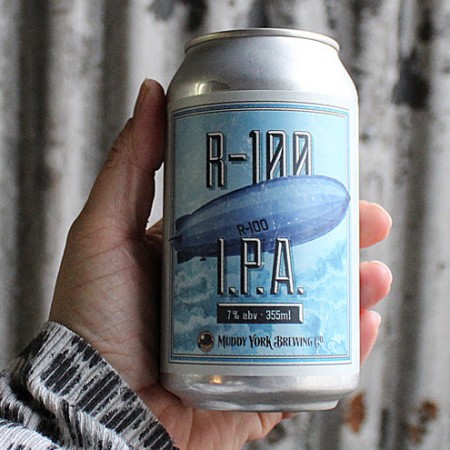 TORONTO, ON – Muddy York Brewing has announced the return of one of the most hop-forward beers in its rotating seasonal line-up.

R-100 IPA (7% abv, 70 IBU) takes its name from a British built dirigible that crossed the Atlantic and flew over Toronto in 1930. According to the release announcement, “Citra and Amarillo give this beer substantial hop character with unique flavours of cherimoya and ripe honeydew melon.”