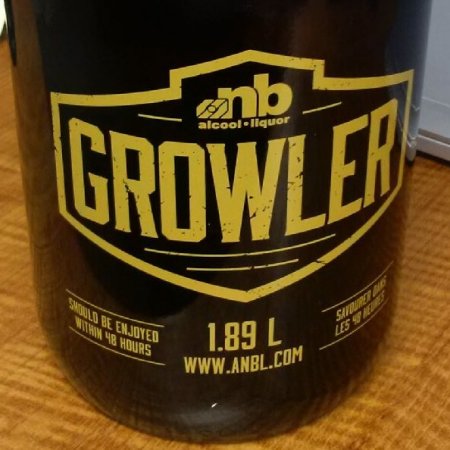 FREDERICTON, NB – Alcool NB Liquor (ANBL) has announced that the growler sales program launched in 2014 is being discontinued in all but one store.

Originally a pilot in three locations of the government-owned retail chain, and growing to have filling stations at 10 stores across the province, the program focused heavily on beer from small New Brunswick breweries, many of which don’t offer their products in bottles or cans.

The taps at all of the stations have been dry since March due to COVID-19 restrictions, and ANBL tells CBC News that only the York Street location in Fredericton will be offering the service once growler fills are considered safe again. The reason given was declining sales for the growler format, with drops of 29 percent and 34 per cent in the two years leading up to the spring shutdown.

Christine Comeau, executive director of the New Brunswick Craft Alcohol Producers Association, responded to the news with disappointment over the lack of consultation with the industry, saying the group’s members could have come up with a proposal “that could have been explored to rejuvenate life into what we think is a really kind of neat idea.”

Comeau also notes that the reduction of beer sales at bars and restaurants due to the pandemic “further limits local producers’ access to markets, and really heightens the responsibility ANBL has to prioritizing local craft alcohol producers.”

It’s currently unknown when the growler station at the Fredericton store will be back in operation, or if NB Liquor is planning any new programs to promote the sales of local craft beers at its stores.