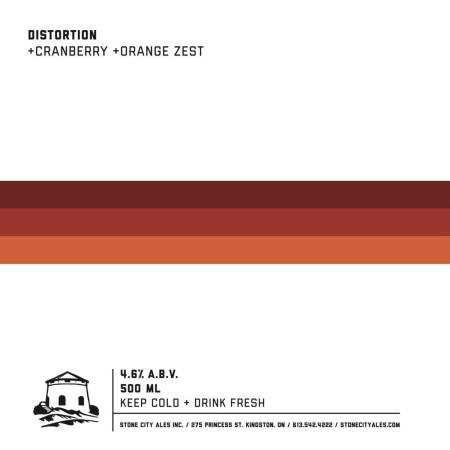 KINGSTON, ON – Stone City Ales has announced the latest edition in its Distortion series of sour ales, this one well-suited to the upcoming Thanksgiving weekend.

Distortion + Cranberry + Orange Zest (4.6% abv) is described as having “a pretty pale pink colour and an elegant tartness (with) notes of sweet & sour cranberry, and finishing with a citrus kick.”

Distortion + Cranberry + Orange Zest will be released later this week, and can be pre-ordered now via the Stone City Ales online store.