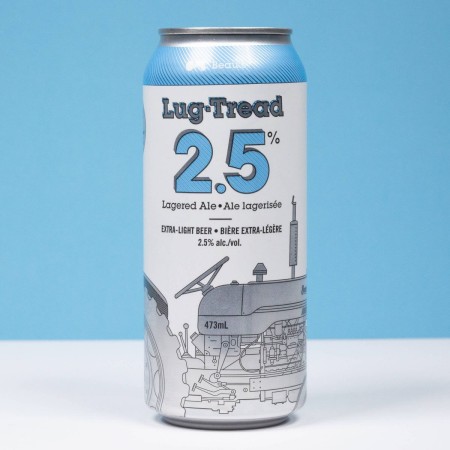 VANKLEEK HILL, ON – Beau’s Brewing has announced a new brand extension that is intended to “allow craft beer fans to choose a well-made, tasty lagered ale when they want something light.”

Lug Tread 2.5 (2.5% abv) is a lighter variant on the brewery’s flagship Lug Tread Lagered Ale, and is described as follows:

Lug Tread 2.5 will be available soon at the Beau’s Brewing retail store and online shop, and at LCBO locations throughout Ontario.