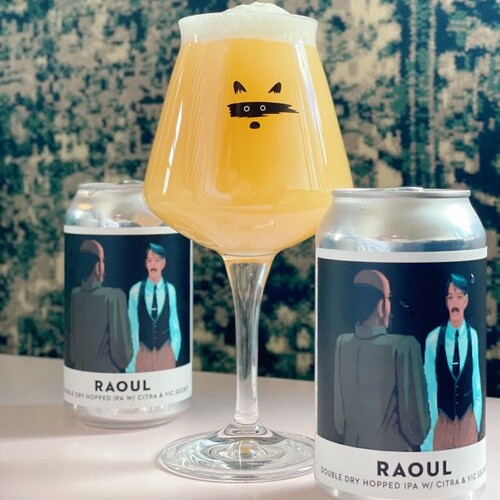 TORONTO, ON – Bandit Brewery has announced the release of the latest in a series of video game inspired double dry-hopped IPAs.

Hazy, juicy and slightly dank, this incredibly aromatic IPA has a soft bitterness and a rich, velvet mouthfeel. A showcase for Citra, Cryo Citra and Vic Secret hops, we find this to be the perfect balance between tropical mango, citrusy orange peel, and dank flavors.

Raoul is available now in 355 ml cans at the Bandit Brewery retail store and online shop.